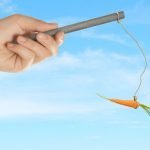 
Carrot? Or stick? The argument over which method is the most effective probably started when the first donkey was yoked to a plough, but it may have gone on longer still in the recycling industry.

In the waste and recycling sector, there was definitely a time when legislation was key in changing attitudes and ensuring that the logistics were in place to help the UK meet the first EU recycling targets. Regulations such as the WEEE Directive, which governs producer responsibility and the disposal of waste electrical and electronic equipment (WEEE), have proved a challenge for business to meet, and have undoubtedly brought change faster than would otherwise have been achieved.

Westminster and the devolved administrations also have their own ideas. Scotland and Wales have made enormous strides. Wales cementing its position as the second-best household waste recycler in the world and in September Conwy Borough Council became the first to switch to four-weekly residual collections, a move which will save the council £390,000 each year, and expects to save materials going to landfill to a value of £1.6 million.

Meanwhile, the Scottish government has taken the view that robust legislation is needed to create sustainable growth and the health and well-being benefits that go with it. As part of this move, it has set ambitious climate change targets that aim to push Earth Overshoot Day back.

Scotland’s Zero Waste Plan sets out the Scottish Government’s vision for a zero waste society. The plan describes a country which views all waste as a useful resource. With this concept in place, waste is minimised, valuable resources are kept out of landfill, and residual waste becomes just a small fraction of previous volumes. The commitment does not just apply to more lucrative, easy-to-process materials – in 2021, the government has pledged to introduce a ban on biodegradable waste to landfill, which means extra reprocessing capacity needs to be found. In 2016, more than 2 million tonnes of biodegradable municipal waste was sent to landfill.

Without legislation, some might say that times ahead look uncertain. The World Bank predicts that global waste will double by 2025, to 6.5 million tonnes a day. However, business is not standing still as more and more become aware either of their responsibilities or of the harsh fact that without greater care, businesses will have no resources to access in the future.

The World Economic Forum has created Project Mainstream, which aims to bring companies together to propel the Circular Economy away from small-scale experimental projects and into the mainstream. A number of companies have already agreed, including names such as Kingfisher, Veolia and Philips.

In the UK, businesses have been flocking to sign up to voluntary agreements such as Plastics Pact, or the Courtauld Commitment – a voluntary agreement aimed at improving resource efficiency and reducing waste within the UK grocery sector.

Iceland has pledged to eliminate palm oil and plastic from its supply chain entirely by 2023, and others are also taking action on plastics. For example, under the voluntary Plastics Pact agreement, businesses are pledging to make 100% of packaging recyclable, actually recycle a minimum of 70%, and to introduce a minimum of 30% average recycled content across all plastic packaging.

Whether voluntary targets will prove a great enough incentive remains to be seen, but it’s worth also factoring in the importance of professional reputation. Where one leads, others will follow. As we, hopefully, move into an age of more joined up thinking between business and government, we may all be set to benefit from the £1 trillion in annual savings expected by 2025 if circular economy thinking takes off.

Comments Off on Carrots and Sticks – Business vs Legislative Waste Drivers

The council that cut residual waste, increased recycling and made savings

At a time when many councils face unprecedented cuts to budgets, serious decisions have to be taken on how remaining funds should be allocated. According to the Local Government Association, even impending increases in council tax will not cover the expected shortfall, and waste management teams are being tasked with maintaining service levels on reduced budgets. All eyes are turned, then to a local authority in Wales which has bucked the trend with a scheme that promises significantly higher recycling rates alongside major budget savings.

Higher wages and cuts of £1.4 billion to central government funding in England are taking a toll on local authorities. With so many services to manage, councils are generally committed to protecting areas like social care. However, with children’s centres, libraries and road maintenance at risk, many in the waste management industry fear a halt to the addition of new recycling services such as food waste or, at worst, a return to the dirty days of the eighties with services reduced to a minimum.

However, Conwy Borough Council has shown that an ambitious approach can reap dividends. In 2016, Conwy took the radical step of reducing residual waste collections. Trials took place throughout the borough to see whether three or four-weekly collections were viable. The goal was to increase recycling rates to meet the Welsh Government target of 70% by 2025, to save on landfill tax, and to maximise on the amount and value of household waste sent for recycling, in order to reinvest into council services. The two trials achieved significant results, with the four-weekly residual waste system resulting in a saving of £390,000.

The cuts in collections will have a major effect on Conwy’s annual budgets, but the move has also boosted recycling. Recycling collected as part of the three-weekly scheme rose by 5%, with a 20% decrease in residual waste; the four-weekly scheme saw recycling increase by 14%, with residual waste falling by 31%. At a time when many councils are looking to save money by investing in energy from waste and cutting back on new recycling services, the results are particularly relevant.

Interestingly, there has been no evidence to show any negative impact to fly-tipping in the area and, contrary to the views of any potential naysayers, there have also been no increase in requests for additional bins. In short, Conwy Borough Council has not been flooded with over-flowing bins, rodents or angry residents – the trial has proven so successful that the authority’s Task and Finish Group has recommended that the four-weekly scheme be rolled out across the county, as an “opportunity to provide a sustainable long-term solution to recycle more, waste less and increase savings”. Good luck Conwy!

Comments Off on The council that cut residual waste, increased recycling and made savings 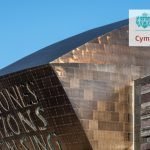 19th March 2018 by Accounting for Energy


Wales has been leading the way on recycling for some time now. The highest performer in the UK is also the second-best recycler in Europe, and determination and policy commitment has helped it soar from a recycling rate of just 4% to 64% in 20 years. This week, the CIWM, Welsh public sector and industry met at the CIWM Resource Conference to share best practice, debate current issues and consider future strategies.

As CIWM President David Wilson pointed out, waste management is the forgotten utility which underpins society. Although largely taken for granted in the UK, one third of the world’s population lack basic waste management services.  As an industry, we are in a unique position to address both marine litter, and to help to meet the UN’s 12 Sustainable Development Goals.

Hannah Blythyn, Minister for Environment at the Welsh Government, outlined Wales’ ambitious strategy to do just that – both through a £7.5 million Collaborative Change Programme investment designed to support local authorities, and using drivers such as the Route Map for a Resource Efficient Wales. The map will highlight new areas for innovation, including the recycling of nappies, mattresses and carpet; food waste reduction target actions; and the creation of demand for plastics through public procurement exercises.

Throughout the day, there was more evidence of a market-led approach and bold strategies. For example, WRAP described its new voluntary agreement on plastics – delivered in conjunction with the Ellen McArthur Foundation, while Conwy Borough Council outlined its move to four-weekly residual collections, which will save the council £390,000 over one year. If recent trials are mirrored in the full-service change, recycling is likely to rise by 14%, with residual waste down by 31%.

Another local authority, Rhondda Cynon Taf, has plans for an ambitious eco park, based at its landfill site at Bryn Pica. The project has stalled due to funding issues, but the proposal is to house a number of businesses involved in paint, mattress and nappy recycling, with plastics recycling for manufacture into wheelie bins. The site would be fully powered by an existing AD plant.

Unsurprisingly, markets were high on the agenda. Mike Baxter from RPC pointed out that unless public sector procurement transforms tenders to demand greater recycled content, contracts will continue to supply the cheapest option and, in many cases, import products from abroad. According to Baxter, in the case of plastics, the technology is now available for the recycling of all types of plastics. Where processors have held back from investment due to lack of confidence in securing material, they are now guaranteed quantities of scrap thanks to China’s ban. All that is missing are the markets, and purchasing bodies that specify genuine, post-use recycled material in contracts.