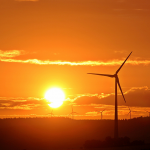 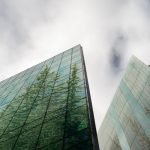 Sustainability – the future of finance

By Accounting for Energy  – (4 min read)

Here at AfE we are passionate about ensuring landowners’ green energy is working hard for them. The very heart of what we do is  to help our clients to be both sustainable and profitable,  and we get excited when we see other businesses working toward the same goal. Our Editorial Director, Sharon Davis, sat down with our Operations Director, Freccia Benn, to find why she thinks sustainable businesses are the future.

What are your thoughts on sustainability in business?

Sustainability provides businesses with an opportunity to lead environmental outcomes. Historically,  a business was seen as ‘green’ if their raison d’être was environmentally linked, but the reality is any company  can have this focus. I think the definition of a green business today is one that puts sustainability at the heart of their strategic decisions. This could be changing the way they process waste, measuring their environmental impact or reassessing their supply chain to see if they can work with greener suppliers and other partners.

What does this mean for AfE?

It’s our mission to empower landowners to be financially and environmentally shrewd. At a time when the UK government has scaled back its subsidy support, making renewable energy production appear less commercially viable, we are creating a cultural shift, so that renewable investments are fair, attractive and rewarding, rather than being perceived as complicated and non-transparent.

How do you do that?

Through our royalty audits which proves that renewable energy makes good business sense and has identified significant saving for our landowner clients since we began in 2014. Such savings are maximising the benefits of renewable operations for UK landowners.

Why is this important?

This is an unregulated area. We are increasing transparency and equipping UK landowners with comprehensive knowledge about their renewable projects, and our royalty audits help our clients to gain more ownership over the renewable energy produced on their land.

For too long the perception around renewables and eco-friendly activities has been that it’s a good thing to do, but not necessarily financially beneficial and this simply isn’t the case. Both go hand in hand, and I’m sure many financial professionals would agree.

Do you think sustainability is the future of finance?

I do. Many organisations realise that current financial models and our general attitude toward the environment has to change, and organisations such as Accounting for Sustainability are doing a great job in this area, one of the ways they do this is by galvanising financial leaders to think about how they incorporate sustainable methods into the heart of their financial processing.

It’s also great to see many big businesses taking their carbon footprint seriously, plus I’m inspired by smaller companies such as Abundance Investment which is a platform that provides finance for projects with long-term sustainable outcomes, and bio-bean which recycles waste coffee grounds into advanced biofuels and biochemicals. There is a lot going on and I do believe the tide has turned. Businesses have a unique opportunity to be the driving force for environmental change while simultaneously being profitable.

Comments Off on Sustainability – the future of finance 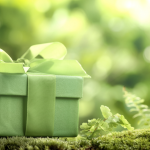 Sustainability is a big word. We all know the dictionary definition, yet in daily usage, it has taken on a wider meaning. In fact, it can refer to almost any activity or goal likely to benefit the environment. In terms of doing business, sustainability can mean recycling your waste, or reducing vehicle journeys. One aspect that is often overlooked, however, is how business goals can be used to promote social outcomes.

In 2015, the UN introduced its Sustainable Development Goals – 17 aims for countries, both rich and poor, to promote prosperity while protecting the planet. The ethos was that economic success need not come at a cost to the environment. However, it also went a step further, calling for sustainable business to end poverty. The UN goals include a commitment to work towards a world with no poverty; decent work and economic growth, and reduced inequalities.

While it may be easy to assume that in the UK, a developed nation and the fifth highest performing economy in the world, we are all well-heeled, in fact, poverty is on the rise. According to the Joseph Rowntree Foundation’s most recent report, UK Poverty 2018, 4.1 million children and four million workers are living in poverty, a rise of 500,000 in the last five years. The UK is clearly not a land of milk and honey for all.

Recycling enterprises have always been well-placed to drive socially conscious business. At the dawn of recycling in the UK, Friends of the Earth and others spearheaded paper recycling and, for many years, a thriving community sector drove multi-material recycling schemes.

Today, social businesses such as Greenstream Flooring in Wales continue to challenge preconceptions. Since 2011, Greenstream has saved 500,000 tonnes of used office carpet tiles from landfill or incineration, selling them for business reuse or donating them to low-income families and organisations that would not otherwise be able to afford them. It also provides training and volunteering opportunities to help people back into work.

The breadth of socially-centred enterprise extends from the Reuse Network’s members, which collect, refurbish, sell and donate goods to low income families and the public, to used wood from the construction centre – sourced through the National Community Wood Recycling Project. Social enterprise businesses such as Manchester’s Emerge provide recycling services, confidential data shredding, and food redistribution through the FareShare programme.

With a stronger focus on corporate social responsibility, wider business is also reflecting the need for greater social obligations. Reconomy, for example, recently launched its social value programme to build community relationships. In practice, this means ‘breaking barriers’ for ex-offenders and the homeless, and ‘supporting change’ in wider industry.

In today’s uncertain climate, it is encouraging to see that social goals still have value in business. In the words of Ellen Petts of Greenstream Flooring, “Basically, we like helping people. We have to earn money to do it, but it all goes into helping people.”


Warning: Use of undefined constant php - assumed 'php' (this will throw an Error in a future version of PHP) in /home/accoun98/public_html/wp-content/themes/bootstrap-canvas-wp/category.php on line 21